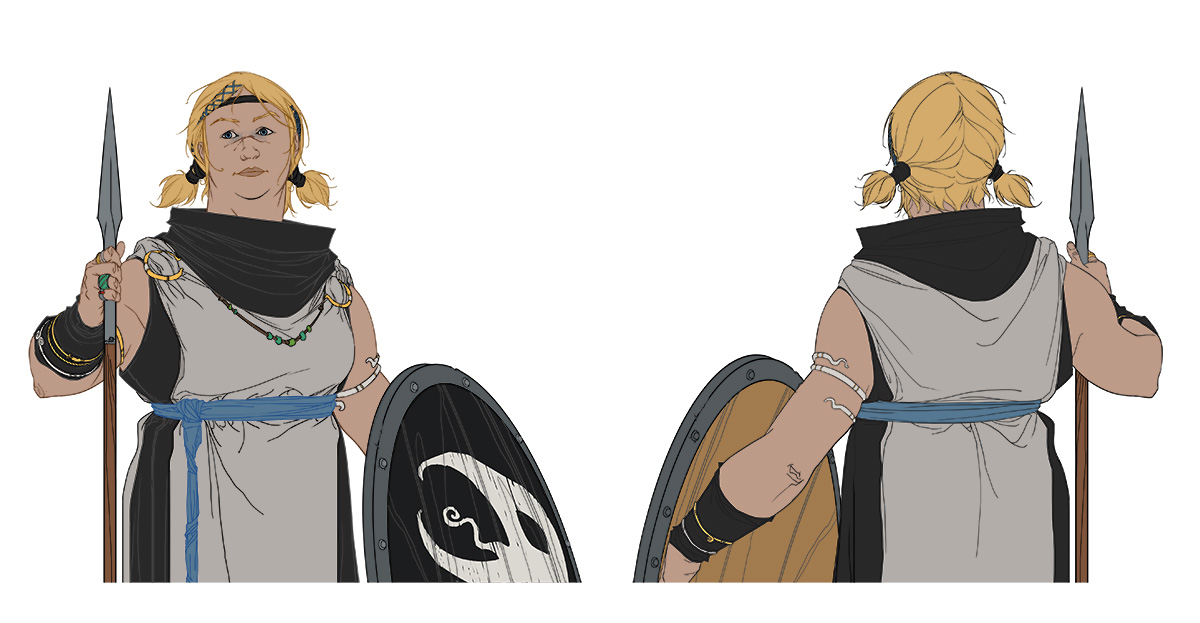 Folka’s size, mind for strategy, and gall make her the unofficial second-in-command of the Ravens, the infamous mercenaries led by the last varl berserk, Bolverk. From a frozen region where a family’s worth is measured daily by the trees they fell, Folka knows hardship and loss better than most, yet still finds reason to fight on. As the only human alive who has challenged Bolverk’s orders and gained his trust, the other mercenaries go to her to make requests. Her strong personality keeps most of the men around her at arms-length,whether she wants that or not.

For more on Folka, the Shieldmaiden of the Ravens, read the following episodic tales written by Nika Harper.

We’d like to extend a big thank you to Nika for writing this short story series about Folka and we’re eager to share more info about her as well as other new characters coming in Banner Saga 2.