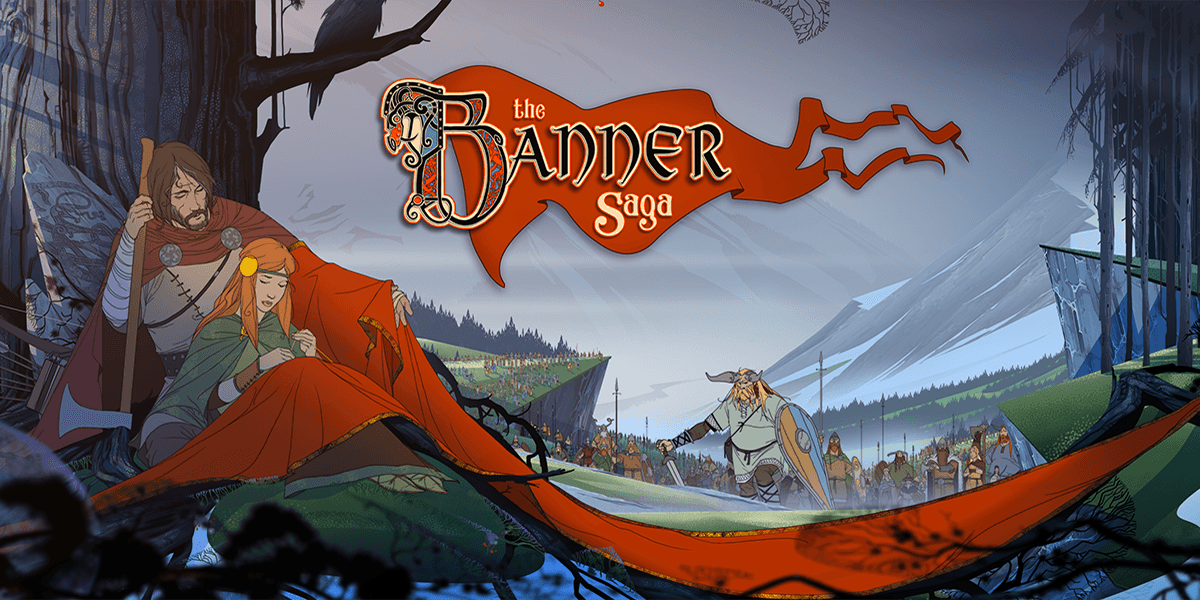 John: 6 years ago, Banner Saga was released on Steam. It launched on the tail end of more than 2 years of the hardest work we had ever done.

Arnie: Of the two tough years the second and final year was the toughest. It was basically a ‘crunch mode’ for an entire year. I went through long stretches of waking up at 5:00am, working a few hours, then going in to work with the other guys until 12:00pm. Weekends meant I could get more done because I didn’t have to commute in and back from the office and I worked later into the night.

Alex: It was an intense time. We were doing everything ourselves, from gameplay development, to running a kickstarter, community management and operating a business. On top of that, we were trying to make a game that felt like a big Bioware-level production with story, multiple systems, dozens of characters and classes – with only three full-time developers.

John: We had largely finished it before the Solstice holiday, and upon return to our development shack spend the next 2 weeks preparing for launch: setting up promotional materials, Steam configurations, final rounds of testing and a few more little bugfixes.  We were relieved to see that players received it well and it sold strongly.

Arnie: Haha… we did all our own customer service. I remember listening to John say “Yes. Yes thanks for the feedback. Nope, I’m John Watson, I’m working on it right now actually. Yes – really.” We did our damn best to handle all the bugs, feedback and login snafu’s that players were having.

John: Within a few days we had broken even on the previous 2 years’ investment, which was good because all 3 of us were deep in financial holes (I had $50k of credit card debt), had spent our life savings, and we owed 2 of our contractors quite a bit of money for work done in good faith during the Banner Saga: Factions days.

Arnie: There is something oddly freeing about betting your entire life savings and then some. It’s kinda like burning a bridge and there’s only one way to go, forward. I found it energizing in its focus.

John: Right about that time, a legal challenge from King over the trademark of ‘Banner Saga‘ came to a head.  For over 6 months, we had been blocked from trademarking the name of the game.  King made the offer to own the trademark, but ‘let us use it’. Uh, no. It ended up working out well, King treated us properly, and no hard feelings resulted.

Arnie: I think the King debacle actually helped with sales. In Europe people knew us more for that than Banner Saga.

Alex: Launching that first game was an absolute test of willpower. Health-wise I was spent. I had to take a much longer break than Arnie and John, and by then they had moved onto the second game in the trilogy.

John: We were totally exhausted, and all took much needed breaks.  I went to Europe for a few weeks and did some other traveling.  But before long we were back at it, localizing the game and porting to mobile, and then console.

Alex: I filled the time with a side-project, then heard that the third game was having trouble early in development. They needed a writer. There were so many concepts and plot threads to try and pull into a final, satisfying package, it was a tremendous challenge. That said, I was incredibly thankful to be able to come back and finish the third game and the story that I had set out to write back when it was just a gleam in our eyes to make our own game.

John: Over 4 more years of work, and we had finished the whole trilogy and released the final DLCs that we had sketched out in our original Kickstarter – 7 years in all from inception to completion.

Alex: Seven years after we first set out in metaphorical longships to create our own game dev studio, we’ve seen other developers come and go. We’ve seen the coming of the “indie apocalypse” and felt how hard it is to make a living doing your own games. And we’re still here and going strong! Stoic’s continuing to grow bigger than it’s ever been before, and we’re wading heavily into a new project with new ambitions and aspirations. We can’t wait to be able to talk more about it soon and we hope you’ll come along with us to a new world, with new stories to tell in a new game.